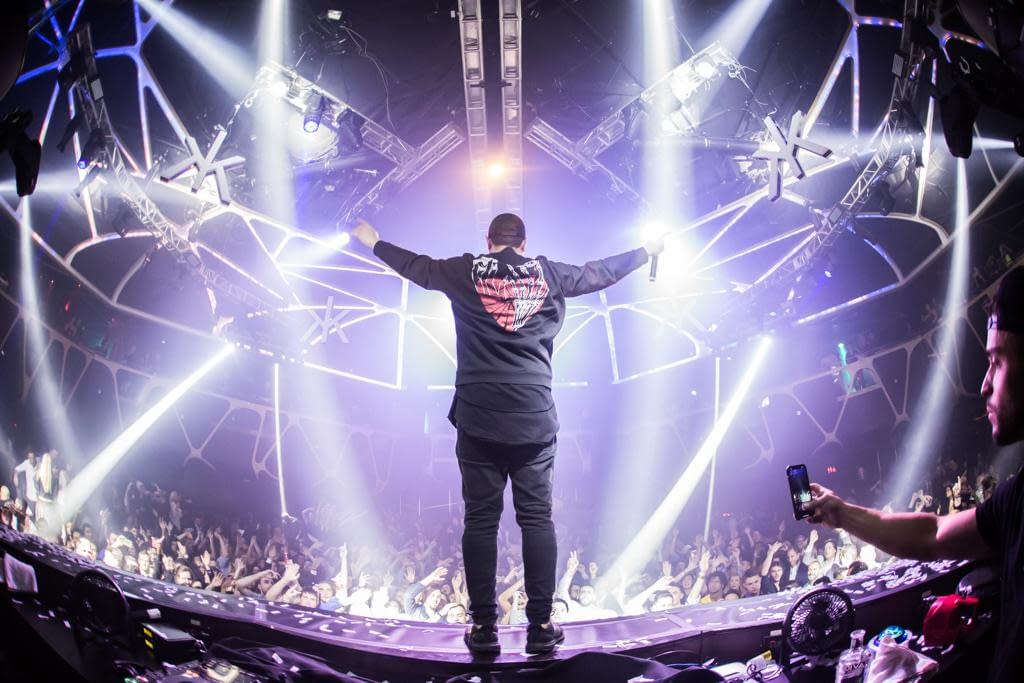 Borgeous has long been known for his ability to craft radio-friendly releases juxtaposed with dance floor-ready dubstep tunes. The multi-faceted producer likes to keep fans guessing what he may produce next, but his forthcoming Lights Out EP looks to be a compilation featuring some of the producer’s hardest-hitting dubstep tracks that fans will likely recognize from his live sets.

Borgeous has released the first track from the EP, and the song will leave the listener craving more. “Runnin’” manages to blend a catchy vocal with an intense series of drops that are ready for the main stage.

“To me, ‘Runnin” is the perfect combination of the past and the present,” the producer said of the tune in a press release. “It combines both vocals and high-energy builds that can be seen in my past productions, with the heavier dubstep sounds that I love playing out live in my sets today.”

Borgeous has been teasing his Lights Out EP on his social media platforms, and fans can expect for the producer to drop singles from the compilation ahead of the EP’s full release.

Tiga makes an effervescent affair of Elderbrook’s ‘Back To My Bed’...