In LA this fall.

FACT mainstays like Peggy Gou, Honey Dijon, Mall Grab, and more including Nina Kraviz b2b Helena Hauff, fill up the lineup. Paying homage to its home city, Secret Project will also feature notable members of LA dance and electronic music community such as Lights Down Low co-founder Corey Sizemore and Far Away’s Cooper Saver, who will be making a first time appearance at the festival.

And, for those who have enjoyed many a sleepless night at LGBTQ+ dance party A Club Called Rhonda, you’ll also be able to catch Bears In Space and Goddollars, who will bring all Rhonda’s energy to the stage. Check out the full lineup below and grab tickets and more info here. 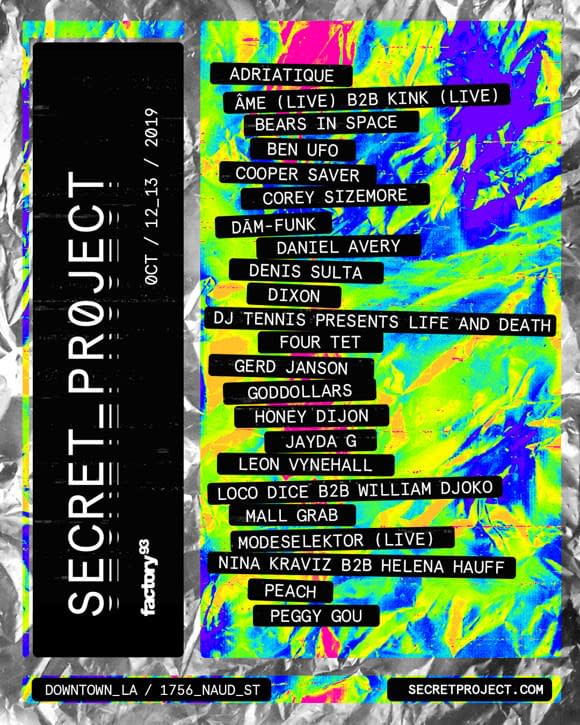 Read next: Deep Inside: August 2019’s must-hear house and techno