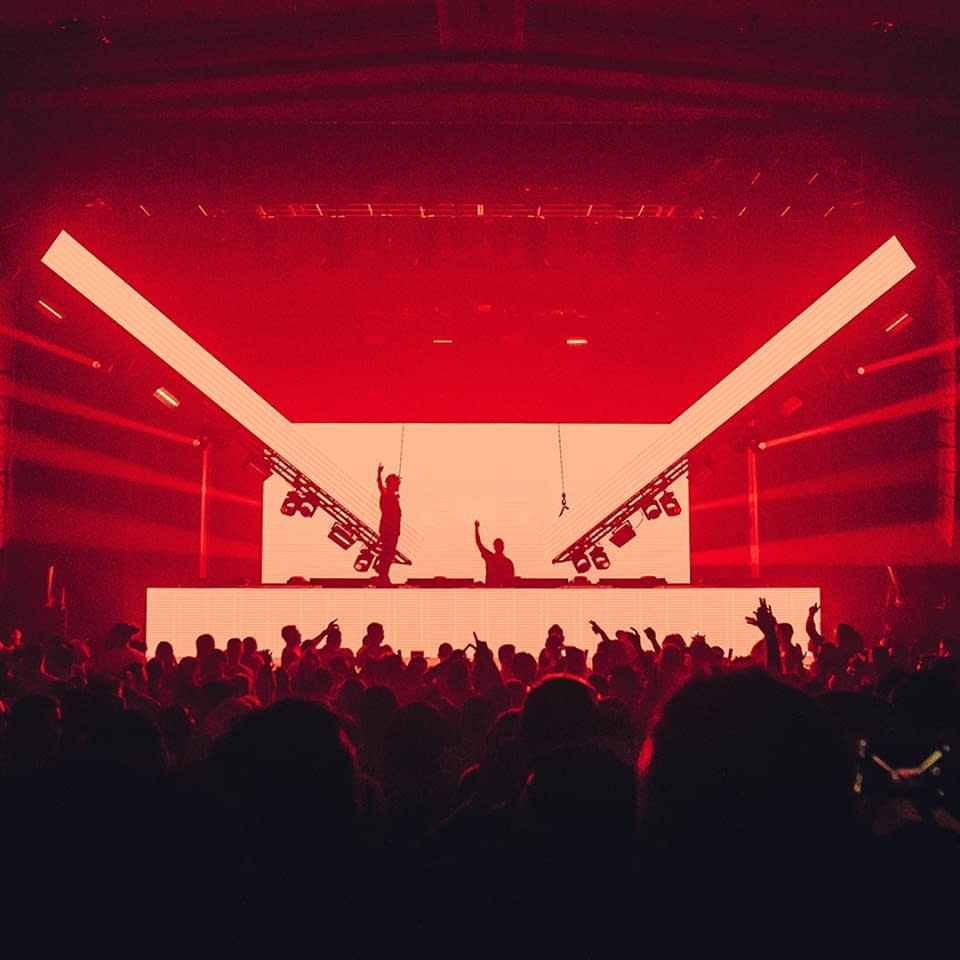 With their crisp production, infectious melodies and a penchant for tasteful selection, it’s no surprise that the Sunset Bros have carved a reputation as a pioneering act in their field.

Hailing from Sydney, Australia, the duo has filled dancefloors across the world with their distinct sound – a fusion of NRG, house, techno, and trance that’s made them a household name in modern dance music.

Over the course of their 15-year career, the Sunset Bros have released a slew of remixes for acts including the Black Eyed Peas, MaRLo, Timmy Trumpet, Dash Berlin, Wally Lopez, Inna, Stanton Warriors, Gala and Cascada.

2017 proved to be a milestone year of their career, with the release of ‘I’m Feelin’ It (In The Air)’. The single was an instant viral hit, and received heavy playlisting support including Spotify UK’s ‘Massive Dance Hits’. The track has now amassed over 4.5 million Spotify streams and over 1 million Apple Music streams since its release.

With radio support around the world – including BBC Radio 1, Ireland’s Cool FM and Scotland’s Clyde 1 – as well as official remixes from trance titan MaRLo plus industry heavyweights Code Black and Tigerlily, ‘I’m Feelin’ It’ is undoubtedly the breakthrough single synonymous with the Sunset Bros brand.

Having performed at some of the world’s most respected festivals and club nights, the Sunset Bros have supported some of the most in-demand and highest-selling entertainers in the world, including Snoop Dogg, Nelly, Ciara, and Timbaland.

And now, Sunset Bros have been asked to appear at the massive upcoming festival of the summer, Festival X!

OzClubbers’ own Galleon managed to wrangle a moment with Sunset Bros to chat about their history, Hard House, and what’s to come!

G: Tell us how you guys met?

SB: We meet on an internet chat program called MIRC, today’s equivalent of facebook or Instagram lol. I (Adriano) invited Glenn to one of my club shows on Oxford St in Sydney and here we are today ☺

G: When DJing, how do you guys work together in the DJ booth and what equipment do you use?

SB: Our sets have evolved from playing on technics turntables back in the day into a more show like performance with Adriano as a hype man and Glenn behind the decks using the ever-reliable pioneer club set up consisting of 3 CDJ2000s nexus 2’s and a DJM900 nexus 2 mixer.
20 years ago, Hard House was dominating the club scene. You are now channelling that sound through your singles “I’m Feeling It” and now the cover of “Finally”. Do you think Hard House is making a comeback?
We really believe good music is everlasting, hence the beachball bassline in “I’m Feeling It”. The great thing about our sound is that it matures musically so you can hear elements of hardhouse but in a new way that we make our own.

G: What is the highlight of your career so far?

SB: The highlight of our career would definitely have to be receiving a double-platinum award for “I’m Feeling It”. It’s been a life long dream of ours to have such an accomplishment like that hanging on our wall. It’s truly an honour!

SB: We still have a busy period for us leading up until the end of the year with the likes of our Enmore Theatre concert show which sold out in the first 2 weeks of release, it was extremely humbling to receive such a great response to our concert. We also have the behemoth Festival X later in the year which is an absolute honour to be on, the line up is probably one of the best we’ve seen in a long time in Australia and its definitely going to be a huge one. In terms of music we have just released a remix for Amba Shepard called ‘Fly Away’, it’s more of a trance banger but we think the people will love it. Following that we have our next single called ‘The Calling’ to be released on the 6th of September with Xploded records which we hope will do big things, we look forward to seeing the response it gets!

G: What artists are you guys vibing currently?

SB: Would have to definitely say Armin Van Buuren, Vini Vici and fellow Australian Marlo would take the cake for us in recent times. There’s also an artist named ‘Hi Profile’ which we’re loving right now with some fantastic remixes right up our ally.

G: What are your top 5 current fave tracks?