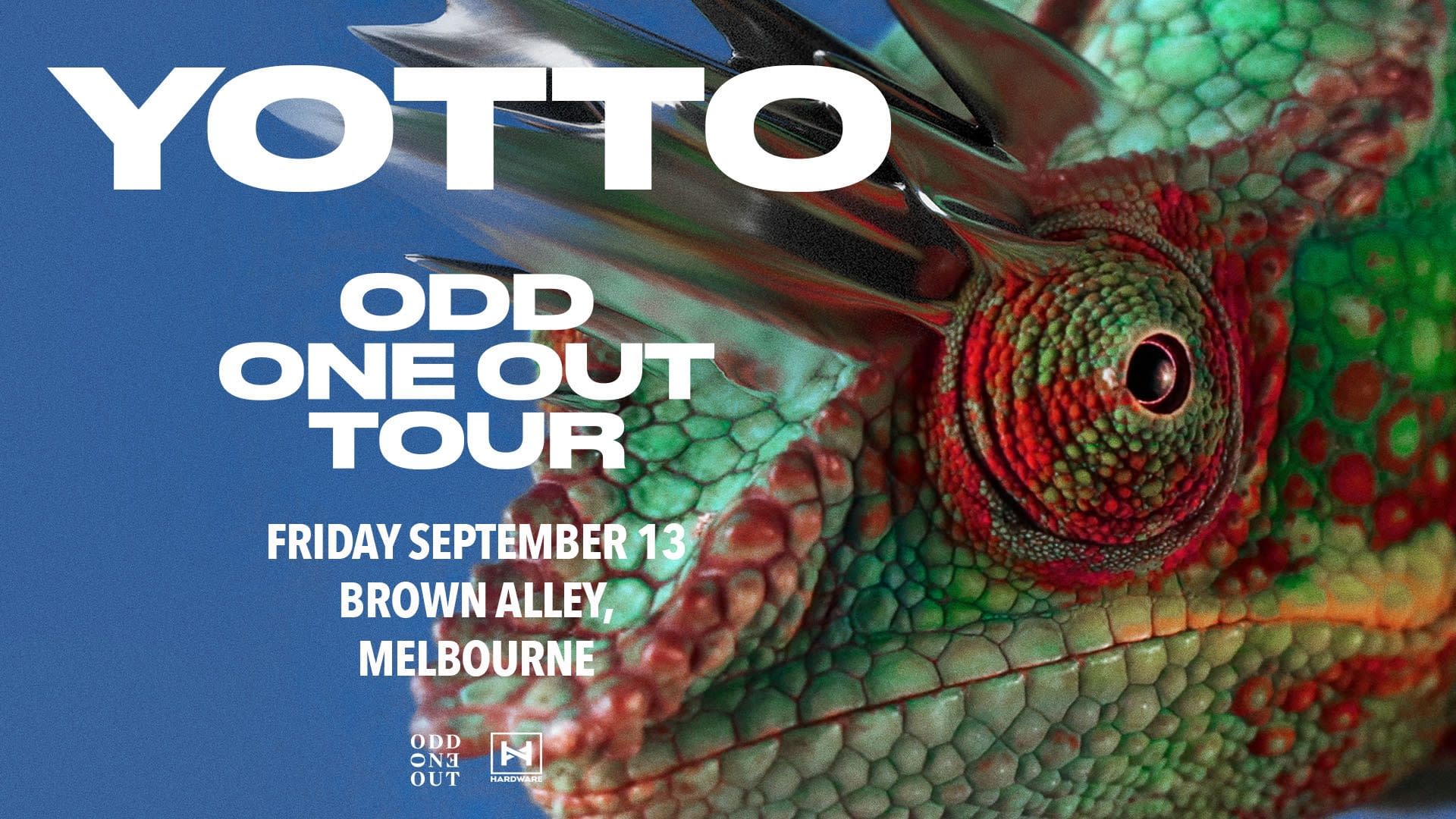 Melbournians are accustomed to overcrowding. From the Metro trains to just about any tram in peak hour, the above-5-million population sardines themselves into tight spaces on a daily basis. Melbourne is Australia’s fastest-growing city, and with that comes growing pains. But in a city that prides itself as the cultural capital of Australia and a thriving music scene, overcrowding at music events is rarely tolerated.

More people living here means more people attending events. This continued growth was foreseen in 2011 with the development of the “Code of practice for running safer music festivals and events“. This document is designed to help event organisers create a safe environment for their attendees, whether it be indoors or outdoors. It’s not a compulsory document, but health.vic.gov.au recommend this to be followed for any event organisers.

It’s not uncommon for an event to sell-out in Melbourne very quickly. On occasion, a promoter will speak with the venue and figure out if more tickets can be allocated for online release or sold on the door. In fact, most events also have a door allocation. This not only helps those who missed out on tickets online by giving them an opportunity to still come but also gets those people into the event early so people are there from the start.

The popularity of artist Yotto exploded over the past few years. So much that tickets for the event with Yotto as the headliner, organised by Hardware Presents and Alter Tours & Events on Friday 13th September at Brown Alley, was sold out online within hours of going on sale. Not uncommon when you get a big name such as Yotto appearing, and of course, the promoters had their reserved allocation of tickets for door sales as well.

The event held on the top floor of Brown Alley, combined both the Blights Bar and the Garden Terrace, which provides a combined approved capacity of 500 people – 350 for Blights Bar and 150 for Garden Bar. The entire venue is licensed for 900 people, however on the night, Blights Bar and Garden Terrace were specifically for the Yotto event, with Crissy Criss headlining in the space downstairs. Unfortunately for those who were attending, it appeared as though the two upstairs bars were well past this capacity.

As Yotto graced the stage, the number of people in the Blights Bar had surged to unsafe levels. Movement in the room had become impossible, reaching crushing levels. As an attendee myself, I witnessed a number of people trying to move off the floor and were unable to due to the overwhelming number of people in the room. It was evident to any person in that room that there were more than 350 people trying to squeeze in to see Yotto play in Blights Bar. The lack of ability to move meant that you were stuck in whatever position the crowd involuntarily pushed you into.

One attendee who works as an event coordinator for a Victorian Emergency Services department was reminded of a training video in an “event crowd behaviour” training session in which “a nightclub fire claimed the lives of 233 people due to poor management of emergency exists, pyrotechnics, and overcrowding”. In their professional opinion, they believe if an emergency situation broke out, “the promoters would be facing jail time for manslaughter”. This person left the room to grab some air, a task which took them 20 minutes to exit the room due to the swollen crowd.

Quite a few attendees reported negative experiences during the event. Several people reported breathing difficulties. One attendee came close to suffering heatstroke during the event and reported that the fans didn’t appear to be turned on. Another attendee posted on the event page that they felt they were “half crushed to death and constantly elbowed in the chest and face as people tried to push past (her) to find a non existent space and after 30 mins of Yotto’s set, (she) had to leave the room so (she) wouldn’t pass out”. Other attendees reported that they were not able to get access to free water, even when it was so hot in the room, and some even needed to leave due to panic attacks from the crushing crowd.

Several attendees reported an inability to even get into the Blights Bar at all due to the number of people already in there. Attendee “Kinnery” mentioned on facebook they were only able to enjoy the “company of my crew out at the smokers (area)” as they were unable to get into the Blights Bar. Others were unable to get in until the second hour of Yotto’s set due to “the density of the crowd”.

Some people claimed that tickets were still continuing to be sold on the door even when the rooms were at capacity. Others stated they waited in line for the ATM for up to one hour, as the bars were cash only and there were no pass-outs. Others were pleading with the organisers on the night on the event’s Facebook page to stop letting people in. One attendee, Naweed, even said they saw a guy pissing in the hallway between the two rooms because he could not get to the toilets, an action that promptly caused security to eject the guy from the venue.

The event page filled with highly critical comments in the first 24-36 hours after the event, with angered punters voicing their dissatisfaction at the coordination of the event, some calling the actions by the organisers as an act of “greed and selfishness”. Even the headline artist, Yotto, took the time to post on the event page saying he was “really sorry to hear about these issues”, and “next time I’ll make sure there’s space for everyone to dance and feel safe”. At the time of writing, all of the critical comments have been deleted by an admin of the event itself (however most of which can be seen in the gallery below), and new comments have been blocked from being posted on the event wall.

Prior to the closure of new comments, the deletion of previous comments on the event page just appeared to anger attendees more with a few lashing out at the organisers for apparently deleting the posts.

The flow-on effect may have an impact on the venue and event organisers in the future. Several attendees that I spoke to stated they were previously considering going to Gerd Janson, Oliver Huntermann, and Koze, all to be held at Brown Alley, but have now decided against it with one willing to fly to Sydney or Brisbane to see these artists instead of attending in Melbourne.

It’s not too uncommon though for events to be sold to a venue’s absolute capacity. The cost of bringing big-name artists to Australia is never cheap. The website Storm-DJs.com lists approximate costs for big names, listing the likes of Carl Cox at around AUD$90k for one night, and another post on ResidentAdvisor claims he is around $58k for one night. This, of course, does not give reason to put attendees safety at risk. The Victorian Commission for Gambling and Liquor Regulation (VCGLR) is the independent statutory authority that regulates Victoria’s gambling and liquor industries, and among their other responsibilities, they handle complaints from the public with regards to licensed venues. They have a dedicated page for complaints which can be accessed at https://www.vcglr.vic.gov.au/i-want/complaints

Safety at live events is a regularly discussed thing, with a worldwide conference dedicated to safety and security at live events held annually. The E3S aims to develop best practice and harmonise standards across the industry, and brings together people from leading venues, festivals, touring professionals, and security experts around the world. This year, it is to be held in London, and invitations are open to any event organisers from around the world to attend.

OzClubbers reached out to Hardware Presents, Alter Tours & Events, and Brown Alley in response to the overcrowding on Friday night at the Yotto event, hoping to get clarification on the events which might explain what lead up to the unfortunate situation, but at the time of writing, none responded.

Brown Alley have posted on the event page as of late Monday afternoon taking full responsibility and apologising for the overcrowding, indicating they are upgrading their EFTPOS systems, installing new ATM’s, and limiting the number of ticket sales for sold-out shows in each space. They are also offering a free ticket to any show at Brown Alley in the next 3 months. See the image below for their official statement and information on how to claim a free ticket.

Have you attended an event that was overcrowded, or were you at the Yotto gig on Friday night? Post your experience in the comments below!