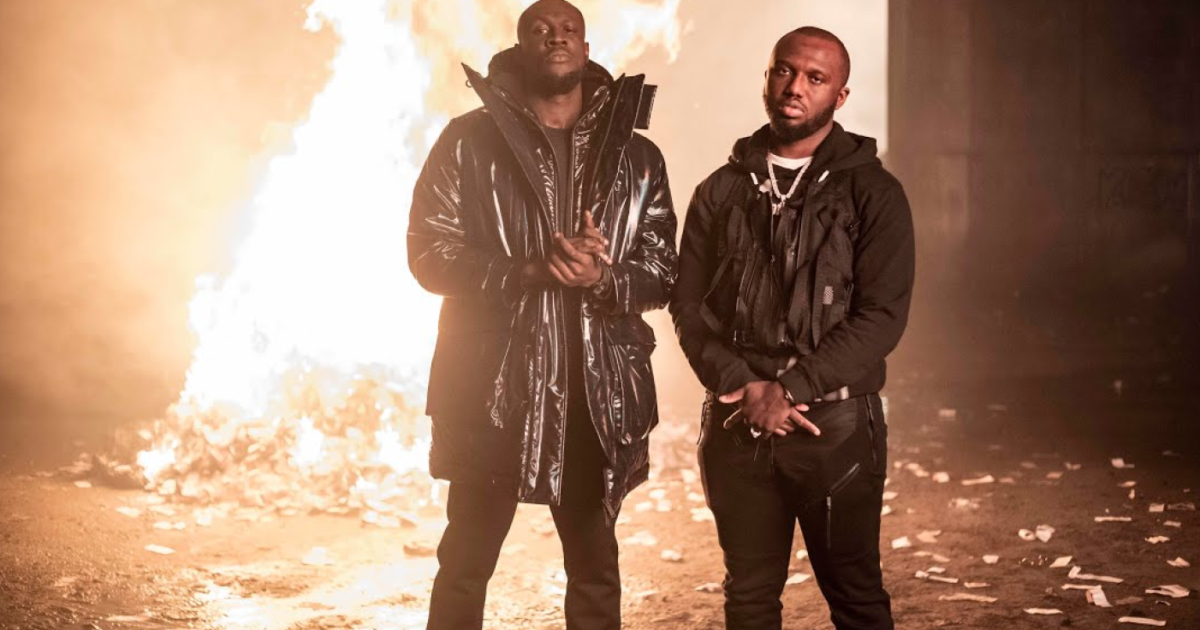 “When Banksy put the vest on me, felt like God was testing me”.

Stormzy has shared a new single from his forthcoming album, Heavy is the Head, ahead of its release this Friday, December 13.

‘Audacity,’ featuring Headie One, is stone cold in its delivery, as Stormzy calls out those with the gall to try to step to him: “Who the fuck went an’ gassed you up/Like you’re good enough to be clashin’ me?” The grime titan also makes a reference at the end to the Banksy-designed stab vest he wore during his headlining performance at this year’s Glastonbury (and which also features on HITH‘s cover art), saying, “When Banksy put the vest on me, felt like God was testing me”.

The accompanying ‘Audacity’ music video sees Stormzy storm the streets, including on top of a semi-trailer track, in a visually arresting contrast of icy blues and blinding flames. Get into it below.

‘Audacity’ is the fifth single to come from Heavy is the Head. It follows the UK VMA award-winning ‘Vossi Bop’, ‘Crown’, ‘Wiley Flow’ and ‘Own It’ featuring Ed Sheeran and Burna Boy. Other guest features on the album include Tiana Major9, YEBBA, H.E.R and Aitch.

Listen next: The Rap Round-up: November 2019

Ever After Festival Announces Massive 2020 Lineup