The set times for all five stages have been unveiled. Rank 1 will hit the Mainstage with a thrilling Live set and Giuseppe Ottaviani will be closing the Mainstage with the debut of his new Live 3.0 show! Armin van Buuren will perform three times throughout the festival, hitting the Mainstage twice for a special “Let The Music Guide You” opening set and massive headlining performance, and he will also appear on the Who’s Afraid Of 138?! Stage to take fans on a breathtaking journey.

30,000 party-goers from over 100 countries will experience a night of mind-blowing music, hands in the air action and unforgettable highlights – see the full set times below! 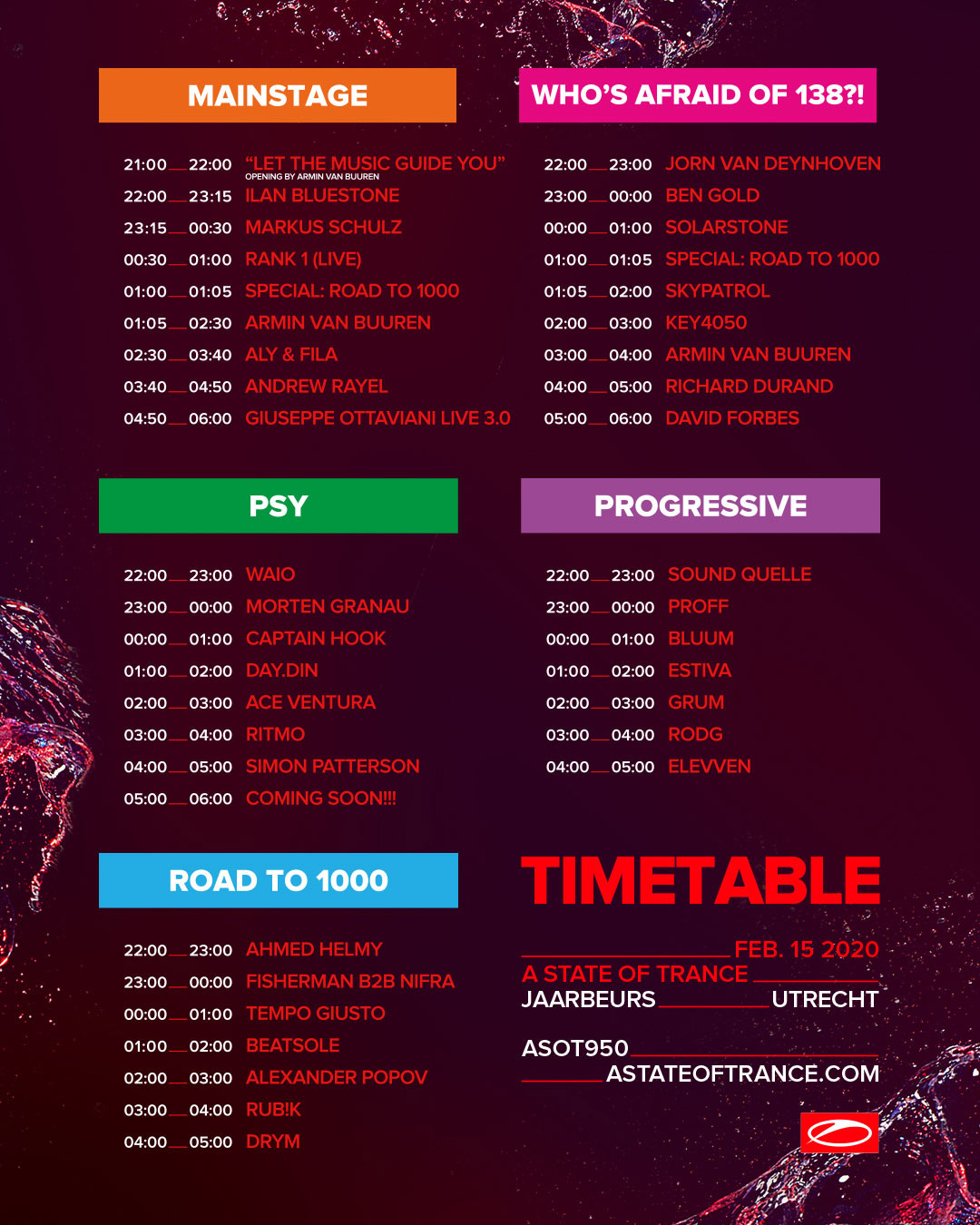