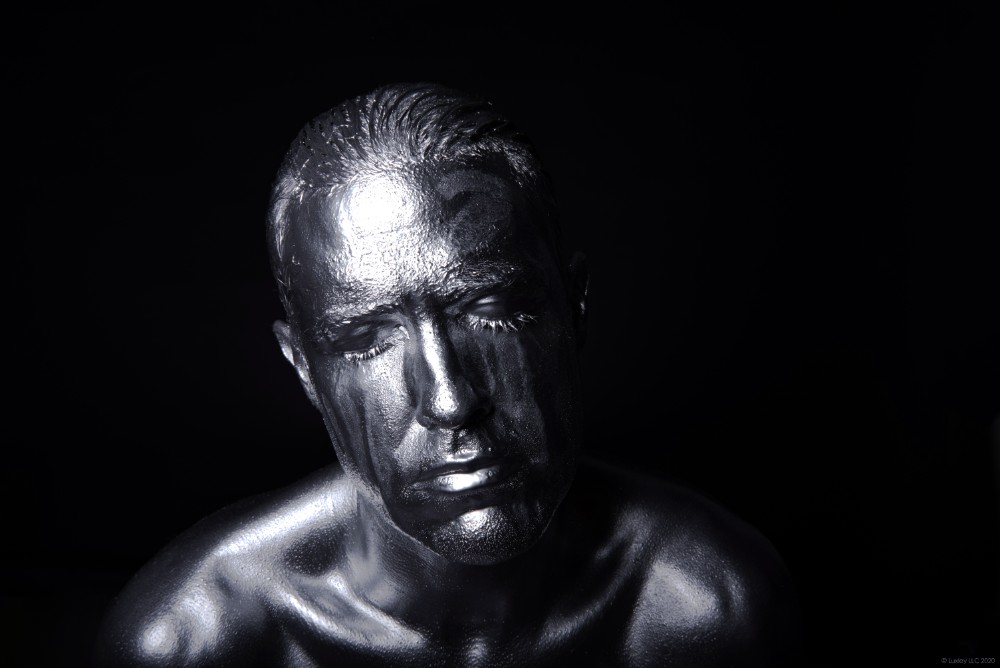 Forward-thinking artist LUXLEY has been consistently finding new ways to reinvent himself and his art over the past years. The experienced producer released his debut EP Spirit in 2016 and followed it up with more than a handful of releases last year, each displaying his versatility and desire to push the envelope when it comes to crafting electronic music gems.

Now, the US-based artist just released his new single “All On The Line”, one of his most experimental works to date. The first half of the single is dominated by a fast-paced, psychedelic beat, while it almost instantaneously switches to a heavenly future bass gem towards the second half. Inspiration behind all of LUXLEY’s music comes from a rare condition called chromesthesia, which allows him to see sound in color, and undoubtedly connects with the theme of “All On The Line”, which comes together with a series of photos showcasing LUXLEY covered in silver, metallic paint.

“Silver is believed to be a mirror to the soul, helping us to see ourselves as others see us. It represents stability in both power and spiritual energy,” explains LUXLEY. “Throughout history, we have seen silver symbolically used as a relic, representing triumph over evil, purity, and hope. More commonly, we see the color silver reflected in technology (medical and hardware devices, industrial materials). Silver is an important color theme in my latest song “All On The Line.” I initially chose this color because my chromesthesia causes me to see it when I hear the song.”