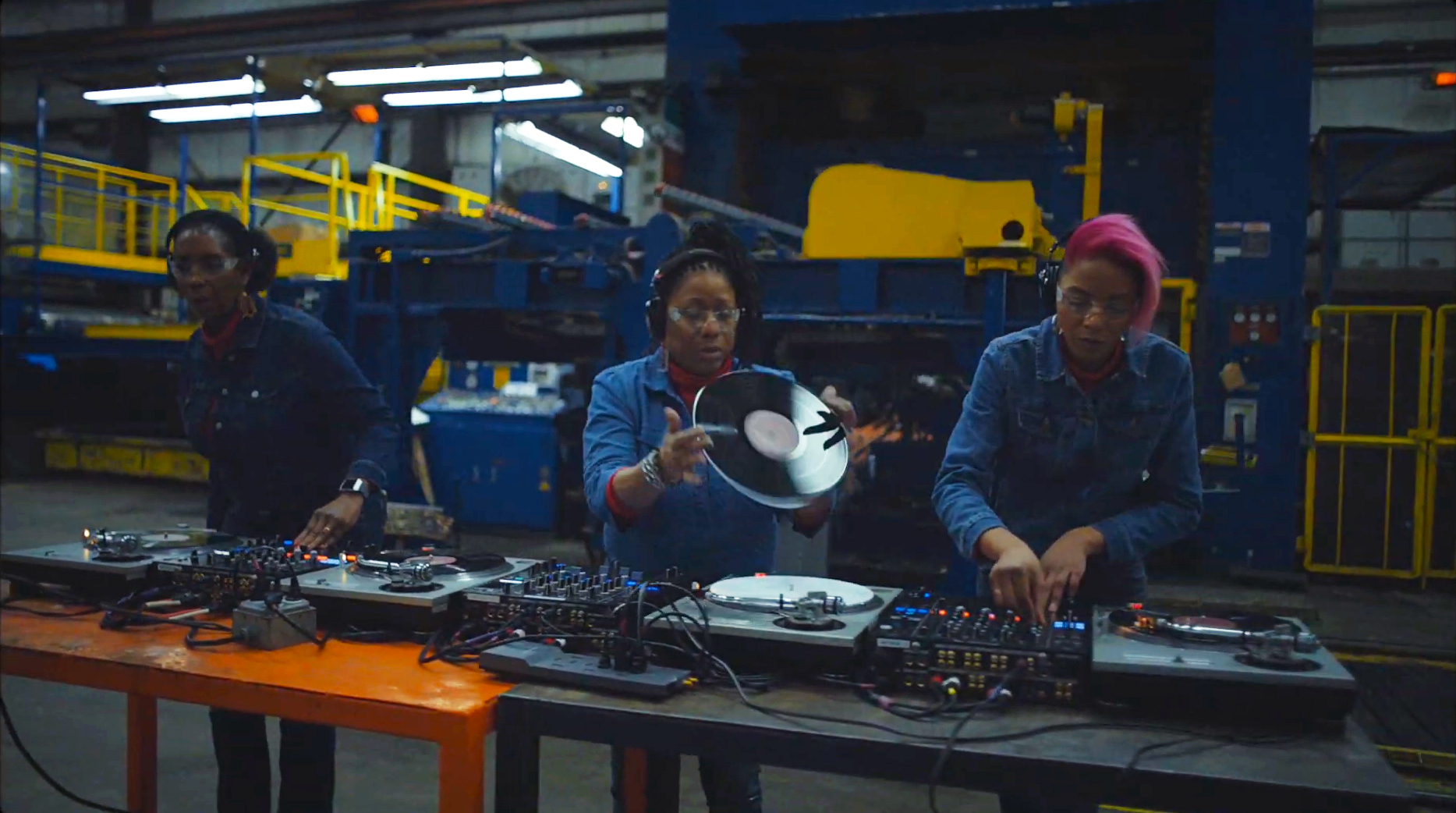 Techno music’s creation in the 1980s by Juan Atkins, Kevin Saunderson and Derrick May indisputably shaped the course of modern music.

Without the work of these black artists, and contemporaries like James Stinson, Gerald Donald, Jeff Mills and Mike Banks, musical movements like rave and clubs like Berghain would simply not exist.

In Jenn Nkiru’s 2019 film Black to Techno, the British-Nigerian director creates a ‘cosmic archaeology’ that shows how techno’s creation was the result of a complex set of circumstances – from the rise of the automotive industry in Detroit and the rhythm of the factory production line, to the role of a local radio DJ known as The Electrifying Mojo. At the heart of this story though, is black culture.

Much has already been said about the essential blackness of techno music, but following the murder of George Floyd and the worldwide calls for justice and an end to systemic racism, we feel it’s even more important to amplify the message contained in Nkiru’s film.

A statement from FACT

We stand in solidarity with protestors fighting across the globe for justice for the murder of George Floyd and protesting against continued systemic racism and police brutality, who are showing extreme bravery and strength in the face of increasingly violent abuse by police officers.

We are harrowed and horrified by the murder of George Floyd, as well as the murders of Breonna Taylor, David McAtee, Tony McDade, Ahmaud Arbery and many others, just in recent memory. We recognise that it is our responsibility to fight against racism and violence of all forms towards black people, in the US and globally, and to commit to learning and practising anti-racism.

We acknowledge that the vast majority of the music and art that we cover comes from black culture and firmly believe that it is our essential responsibility to support the communities without which our publication would not exist. Black Lives Matter.

You can support George Floyd’s family by donating to the Official George Floyd Memorial Fund, as well as those protesting his murder and those communities worst affected by police violence by donating to Black Lives Matter, Black Visions Collective, Reclaim The Block, the NAACP Legal Defense and Educational Fund, and the Northstar Health Collective. You can also split your donation between 38 community bail funds, including the Minnesota Freedom Fund, the LGBTQ Freedom Fund and the Bail Project, here.

You can check here for a longer list of resistance funds to donate to, and here for a list of resources to support George Floyd and the Black Lives Matter movement.

Inside Techno: 10 tracks to hear