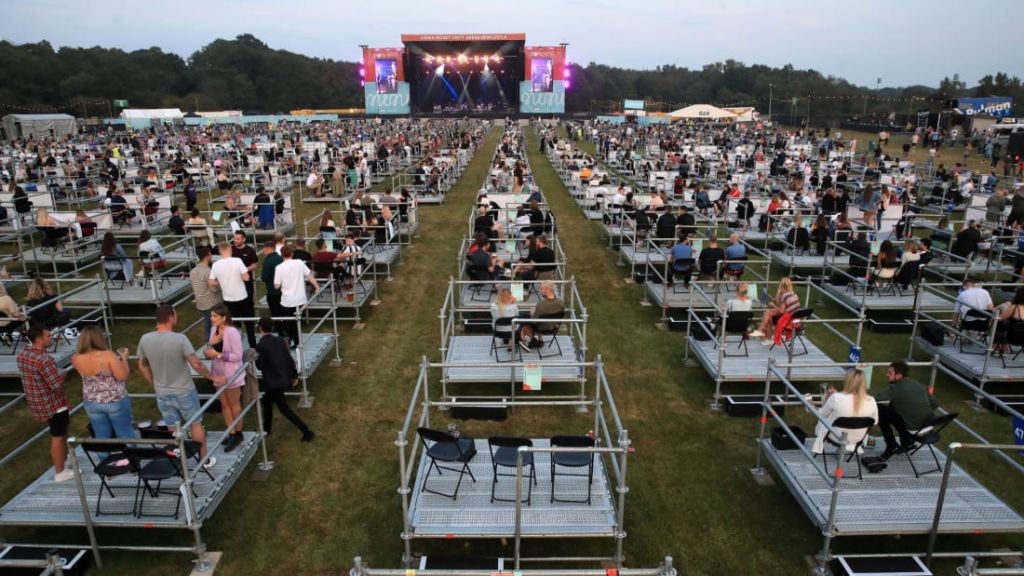 Thousands of people watched the world’s first socially-distanced gig in Newcastle last night – and it could be the welly-free future for festivals.

Revellers in groups of up to five were spread across 500 separate raised metal platforms to enjoy the music.

All were given chairs when they arrived at the pop-up Virgin Money Unity Arena yesterday.

And there are hopes the gig could pave the way for the return of live music during the pandemic after Fender’s performance last night, as well as a further gig tonight, sold out.

Further concerts are planned, with music legend Van Morrison, The Libertines and Maximo Park performing at the venue this month and in September.

Organisers behind the event say it was a huge success.

Anna Homler & Alessio Capovilla take a trip through the woods...