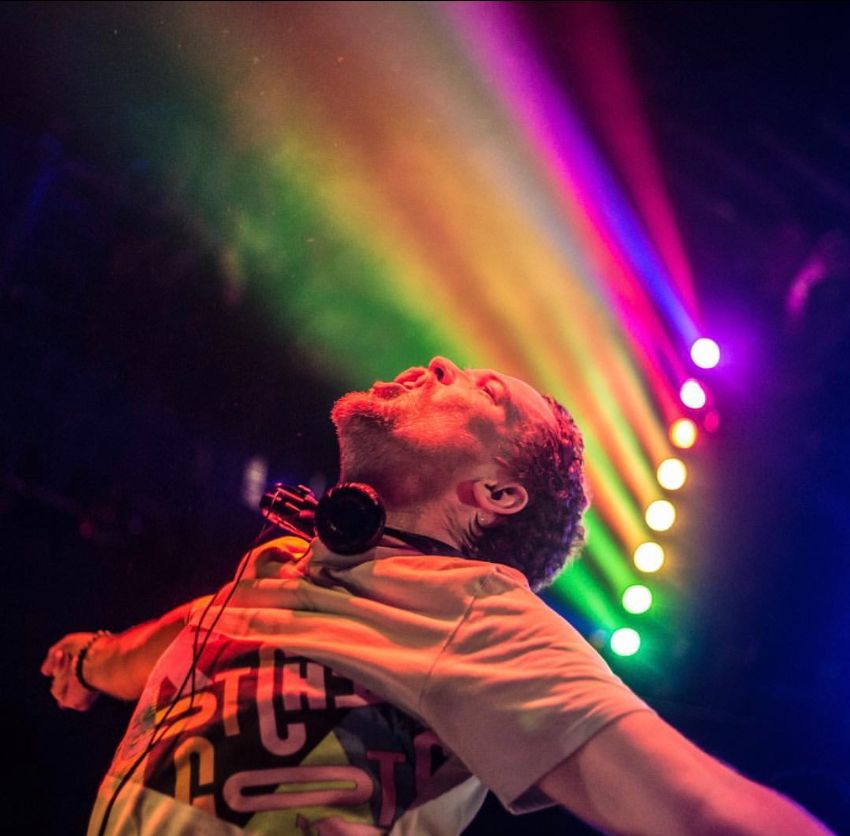 One of our favorite OG dubstep producers has just created another hit EP, something I know we all desperately need in 2020.  Rusko is set to release another four track record titled “Sauce”, but this EP will be dropped through Liquid Stranger’s imprint Wakkan today Friday 10/16. Sauce is a mix of Dubstep, Drum and Bass, and Bass House and will include collaborations from Bass Music staples Boogie T and Dirt Monkey.

“I’m finally thrilled to present 4 slices of brightly coloured dubstep rainbow cake! Fresh out of the oven. I made a lot of music during lockdown, and picked the 4 most fun & shiny wobblers for this exciting debut on Wakaan! Collaborations for me are rare, and getting two of them finished with my two fav producers in the game right now was a dream come true! I hope the energy and hype put into these tracks is transferred straight to your hearts because I can still hear the fresh excitement in all these tunes. Hopefully this is a little ray of rusko sunshine to brighten everyone’s world and the start of more to come. Love you.”  -Rusko

Wakaan has gained momentum as a label in the last few years, as there was even a ‘Wakaan’ heavy bass infused three day festival in 2019!

This EP will mark the third album Rusko has produced since beating stomach cancer, which is known to be an otherwise terminal illness and we are SO thankful he did. Sauce will also be Rusko’s debut album to Wakkan Records and is sure to be a huge hit, and his first official release this year. Sauce is following an eleven track side project that was completed in April via Stonghadge- a techno based alter ego some would say.

This year Rusko has been focusing on production full time during quarantine, but has graced fans with a virtual set for Elements Music & Arts Festival and Dancing Astronaut’s live-streamed ‘U Sexy Beach’ Twitch event!

Moby has announced his new electronic album ‘All Visible Objects’