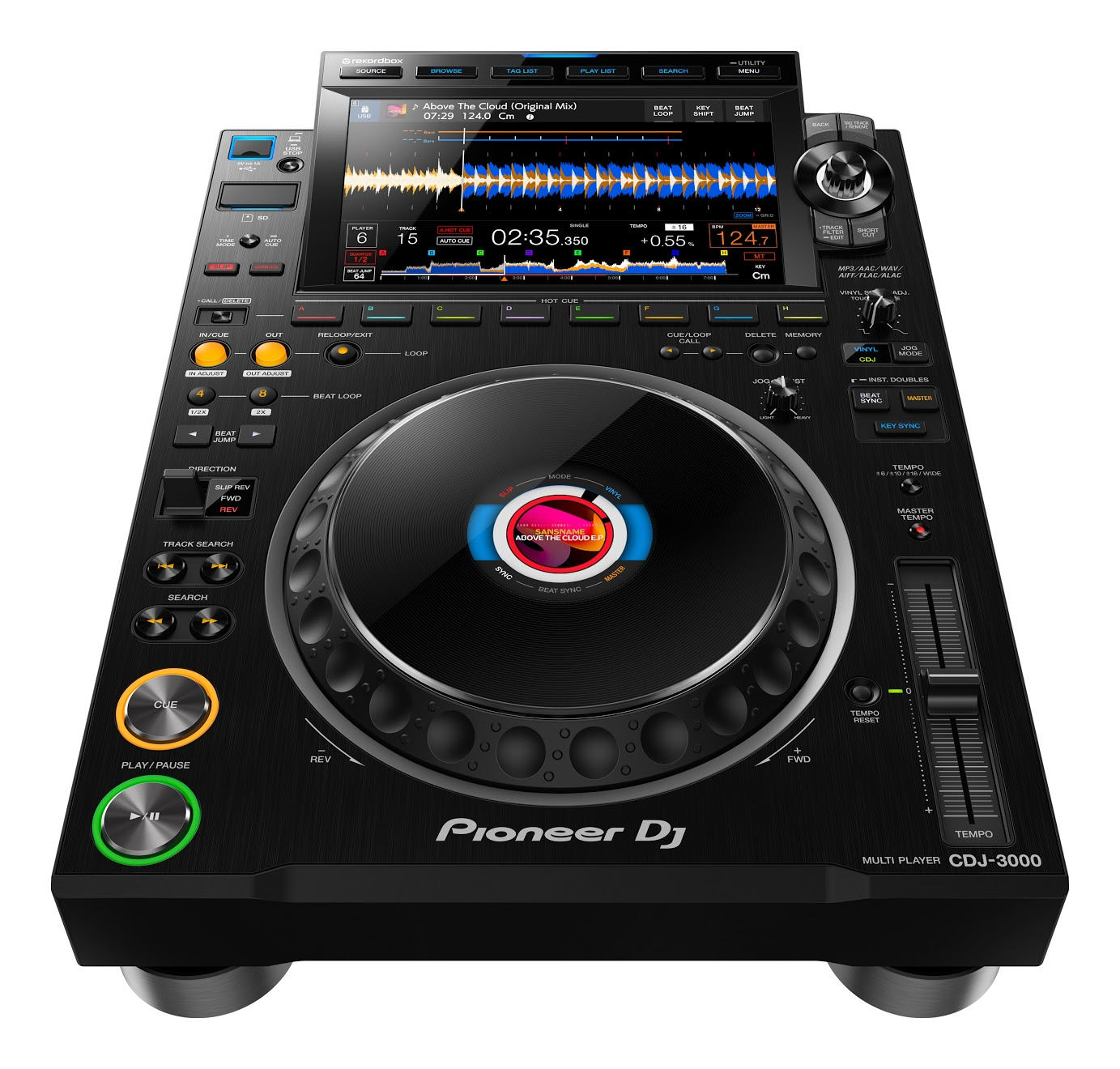 Lucky me. One of the perks of my dance music intrigue is the opportunity to play with top-of-the-line industry products such as Pioneer DJ’s new CDJ-3000. I was giddy to spend two weekends pretending to be an Electric Forest headliner in the comfort of my own living room after a year of forced isolation spent resorting to Minecraft or YouTube music festivals to get my fix.

We’ll start with cost: at a price tag of $2,299 per media player, the entire setup of two media players and a mixer came in at a $6,800 price tag. Although one might think that this is a level of expense best suited to clubs, other live music venues, and rental companies, another side of the coin is the skyrocketing home demand for top-tier DJ equipment, which increased steadily over the past year. (This is the part where I take a second to daydream about building my own headlining stage in my future man cave).

Since the debut of the CDJ-500 in 1994, music has moved from vinyl to CD and thus to digital via USB. The CDJ has been a driving force behind these culture-defining developments, and so too has Pioneer DJ. The manufacturer’s more than 25 years of equipment design experience, knowledge, and expertise have translated to the development of its next-generation player, the CDJ-3000, a dexterous update to Pioneer’s CDJ-2000NXS2.

The expanded functionalities on the CDJ-3000 are manifold. With new features that include MPU, which makes the CDJ-3000 the most advanced DJ player currently available, tracks can be uploaded at what appears to be warp speed when compared with the upload rate of the CDJ-3000’s predecessor, the CDJ-2000NXS2. Both players are pictured below. Let’s review the pertinent updates that take shape on the CDJ-3000:

After CDJ-3000 setup, the player’s larger and brighter screen is immediately apparent, and after hours of extended use, the user interface improvements made song selection a much more enjoyable experience, bringing this technological megalith up-to-speed in a market that increasingly trends toward touch screens. The result: users can now swipe and scroll, facilitating faster track identification and subsequent implementation. A sort by columns feature aids further catalog categorization, and a master deck waveform that can be toggled on or off can help with phrase timing.

Eight hot cues are marked directly underneath the CDJ-3000’s main screen, offering a wider variety of track cues in a visually appealing fashion. The hot cues’ positioning directly under the track waveform enables users to more easily and expeditiously decide which part of the track to trigger compared with the hot cue location on the CDJ-2000NXS2. The previous player’s hot cues were situated on the left-hand side in a vertical alignment that stands in contrast to the waveform’s horizontal alignment.

Looping improves tremendously on the CDJ-3000. With dedicated four- and eight-count loop buttons and easily assessable double/half-time controls, the functionality and looping options are more streamlined with the next-generation program.

The CDJ-3000 has a new beat jump function that adds a different option to the occasionally difficult touch screen to play from a specific location on the track. You can also change the beat length of this feature from 1/2 to 64 beats depending on your preference.

The CDJ-3000’s new jogwheel also has a new look. From a functionality standpoint, the updated jogwheel more frontally focalizes album art, providing yet another visual and aesthetic improvement when compared with the CDJ-2000NXS2. There is also less noise when backspinning tracks on the CDJ-3000, which will appeal to those of us who don’t set hot cues or backspin while mixing out.

Now, sync doesn’t only refer to the BPM. Key Sync opens another portal to mixing in open-format, affording users the ability to change the key of a track in real-time to that of the song currently playing. Although this feature can sound somewhat funny when certain key changes are executed, the tool still opens the door for more fluid open-format mixing across certain genres. It’s also worth noting that the CDJ-3000 includes an additional key shift that allows the DJ to shift semitones up or down and to reset them to the original key.

Overall, the CDJ-3000 provided an exceptionally easy DJ experience thanks to user experience improvements that I felt were needed or that I, at the very least, appreciated. The latest iteration of the top-of-the-line CDJ system supports more intuitive decision making and track manipulation, both of which are owed to betterments in speed and control.

Changes in the decks software, which allow for further firmware updates, are also benefits to keep an eye on. After spending time with the CDJ-3000, it’s clear that for those in the market for this type of player, the only other competitor is likely Denon DJ’s SC6000. Further product information on Pioneer DJ’s CDJ-3000, including how to purchase the player, is available here.

Eli & Fur drift ‘Into The Night’ ahead of next Anjunadeep...