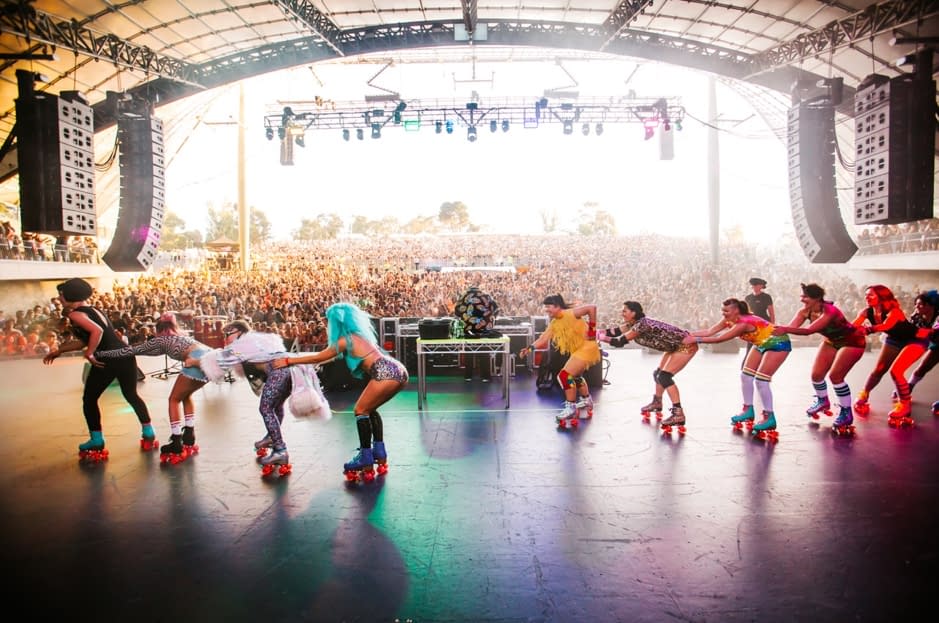 Hardware Group and Stable Music present: Piknic Électronik! They are proud to announce the first round of dates and artist program for their seventh season in Melbourne, Australia. This upcoming summer, Piknic Électronik will host multiple events at the Sidney Myer Music Bowl, as part of the ‘Live at the Bowl’ Summer series. Events will Start: Sunday 10th January, 2021 and will run through until the close of the season in early April 2021.

The lineup for Season 7 includes the Piknic debut of long-time wish-list Artist: Late Nite Tuff Guy who will be headlining the opening part of the season on Sunday 10th January. Co-headlining will be Melbourne’s favourite queen of the dancefloor, Sunshine, making her first Piknic return since the unforgettable Season 5 party with Session Victim.

Following this up will be the return of the regularly Sold-Out Carl & Eric’s Mobile Disco X Piknic Électronik collaboration: Sunday 24th January.

Carl Cox & Eric Powell bring their unique Disco themed party to the bowl again and based on the previous events, Tickets for this show won’t last long!

With more dates being announced in the new year, you can expect some big surprises. Stay tuned!!

Tickets to the first 2 dates of the Piknic Électronik Melbourne Season are on sale now.

Tickets via Ticketek.com.au. Starting from $40+BF.

Hardware Presents and Stable Music, team up to present the local edition of Piknic Électronik to an ever-growing Melbourne fan base, within the grounds of the iconic Sidney Myer Music Bowl. A quintessential Melbourne music location, which is easily accessible by public transportation, a short distance from the CBD and surrounded by greenery with ample space for ALL to enjoy a great Summer’s day.

Born in Montreal, Canada, over 17 years ago, the very unique concept of Piknic Électronik has travelled the world. Now a major cultural and festive summer event in Montreal, Piknic Électronik has had successful editions in Barcelona, Lisbon, Melbourne, Santiago, Austin and Dubai. Its innovative and popular formula has evolved into a friendly international expansion that has made the event and its name, a source of local pride in each city where it has set its roots and grown.

Piknic Électronik is a fun filled day party, where everyone can experience the best in electronic music in an open-air park environment, featuring delicious local food offerings and its renowned welcoming atmosphere… happening every Sunday for three months! A vision that Melbournians have wholeheartedly embraced over the past few seasons.

Hardware, has been synonymous with the electronic music scene in Australia for over 30 years. An innovative force when the company was established by Richie McNeill in 1990. The company’s ethos is simple; deliver memorable music events and tours for people who love dance music. Hardware launched several new events in Australia that focus on delivering artists from a number of genres to music enthusiasts across the country including: Festival X, Tell No Tales, Babylon Festival, PURE and of course Piknic Électronik. Events with musical and creative passion.