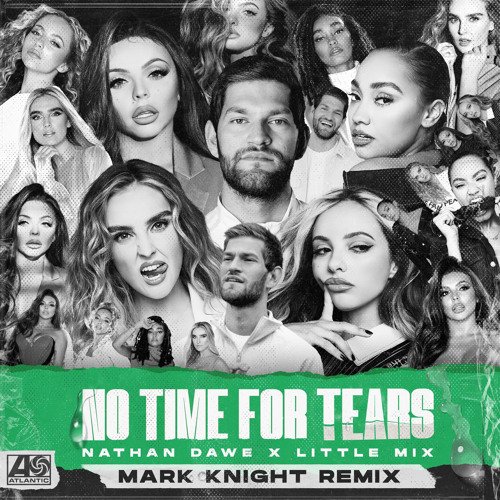 Mark Knight adds some contemporary RnB to his house collection with a massive collaboration with UK’s most talked about dance music artist, Nathan Dawe. Coming off his smash hit ‘Lighter’ with KSI, Nathan drops ‘No Time for Tears ‘ featuring the X-Factor legendary girl group, Little Mix. The initial remix by French DJ Hugel hit #1 on Apple Music’s New in Dance across all 50 European markets and now the Toolroom Records boss is called up to the stage.

Over the past two decade Mark Knight has been helping the evolution of electronic music and he still manages to offer a new spin with his remix of ‘No Time For Tears’. Not only is this track pumped with good vibes that will set you loose on the dancefloor, the collaboration bridges the gap between the mainstream and underground, giving us something we can all get down to.

Knight remains a firm fixture on the worldwide touring circuit with a number of key residencies around the world under the Toolroom Live banner and performances at dance music bastions Space Ibiza and Amnesia as well as a host of landmark festivals. Enjoy his latest Bullets Vol. 5, Space Ibiza appearance in 2013 and our past interview with Mark Knight.

East-Staffordshire-based producer and DJ Nathan Dawe is known for his club-ready hits that take inspiration from UK garage, RnB, classic house and beyond. ‘No Time for Tears’ built upon the bubbling, anthemic dance-pop formula that he made his own in 2020. Earlier in the year, Nathan entered the UK singles chart at #4 with his KSI collaboration ‘Lighter’; whose official video racked up over 3.5 million views in its first 48 hours.