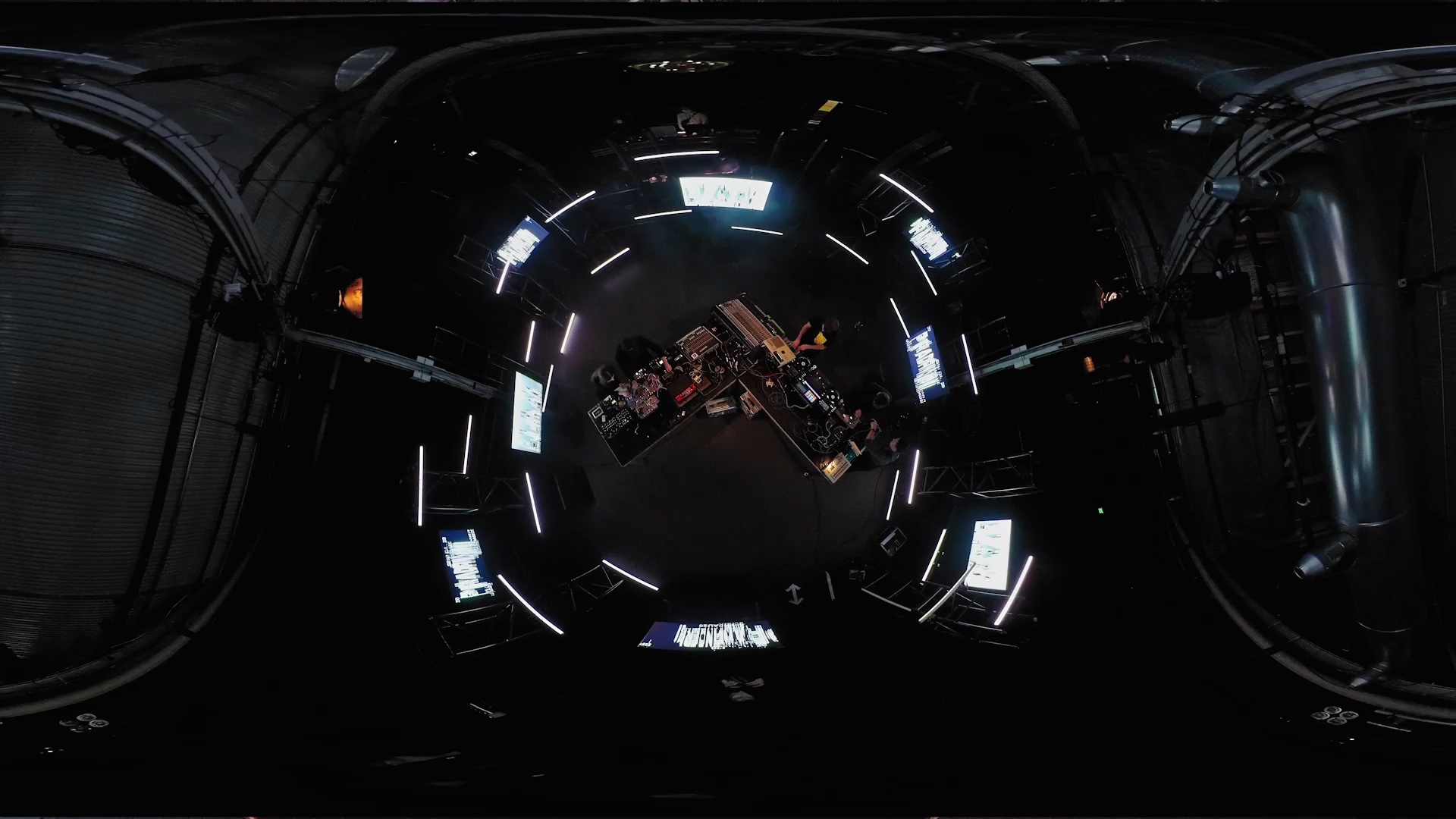 This year’s edition of Berlin’s CTM Festival began last month, in an online format due to the pandemic. In the latest in a series of highlights from the festival’s 2021 programme, we present three live performances filmed in 360° video.

Mentrix is the alias of Berlin-based composer, vocalist, and multi-instrumentalist Samar Rad, whose Iranian heritage and background in percussion through the teachings of Islamic Sufism form a key part of her musical work. This performance draws on her recent debut album, My Enemy My Love.

Formed of Martina Schoene-Radunski (guitar, vocals), Claire Panthère (drums), and David Hantelius (bass), Cuntroaches have been recording together since 2016. The noise-punk trio, who are known for covering their audience with trash in normal times, blend industrial sounds with frantic drumming in this socially-distanced set.