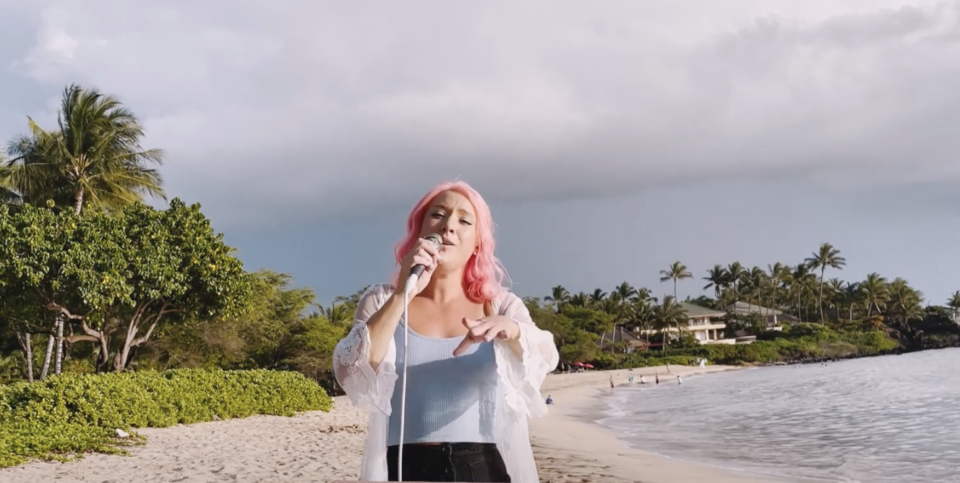 In mid-February, RUNN and Dancing Astronaut coordinated the former’s Supernovas phone interview around Hawaii time. It’d long been a dream of hers to spend time in the island state she said, just minutes into the call. It’s safe to presume that the significance of that realized dream only deepened on March 28, when the songstress stepped foot on the sun-kissed Hawaii shore to play a half-hour set for Proximity‘s all-women Alaya Festival. For some viewers, the Malala Fund-benefiting performance put a face to a voice that’s ran a fiery course through electronic circles, driving the sound that has ricocheted through them in recent years.

Aerial panoramas of the Hawaii verdure and turquoise water added a layer of dimension to an expectedly rich exhibition of the raw talent that has continuously—and deservedly—propelled RUNN to the forefront of modern dance music. The paradise-stationed performance, which includes crown jewels such as “Free Fall” with Illenium and “Where I Belong” with Nitti Gritti across its eight-song span, can be streamed in full below.

Relive Digital Mirage 2.0 with full-length sets from the virtual festival