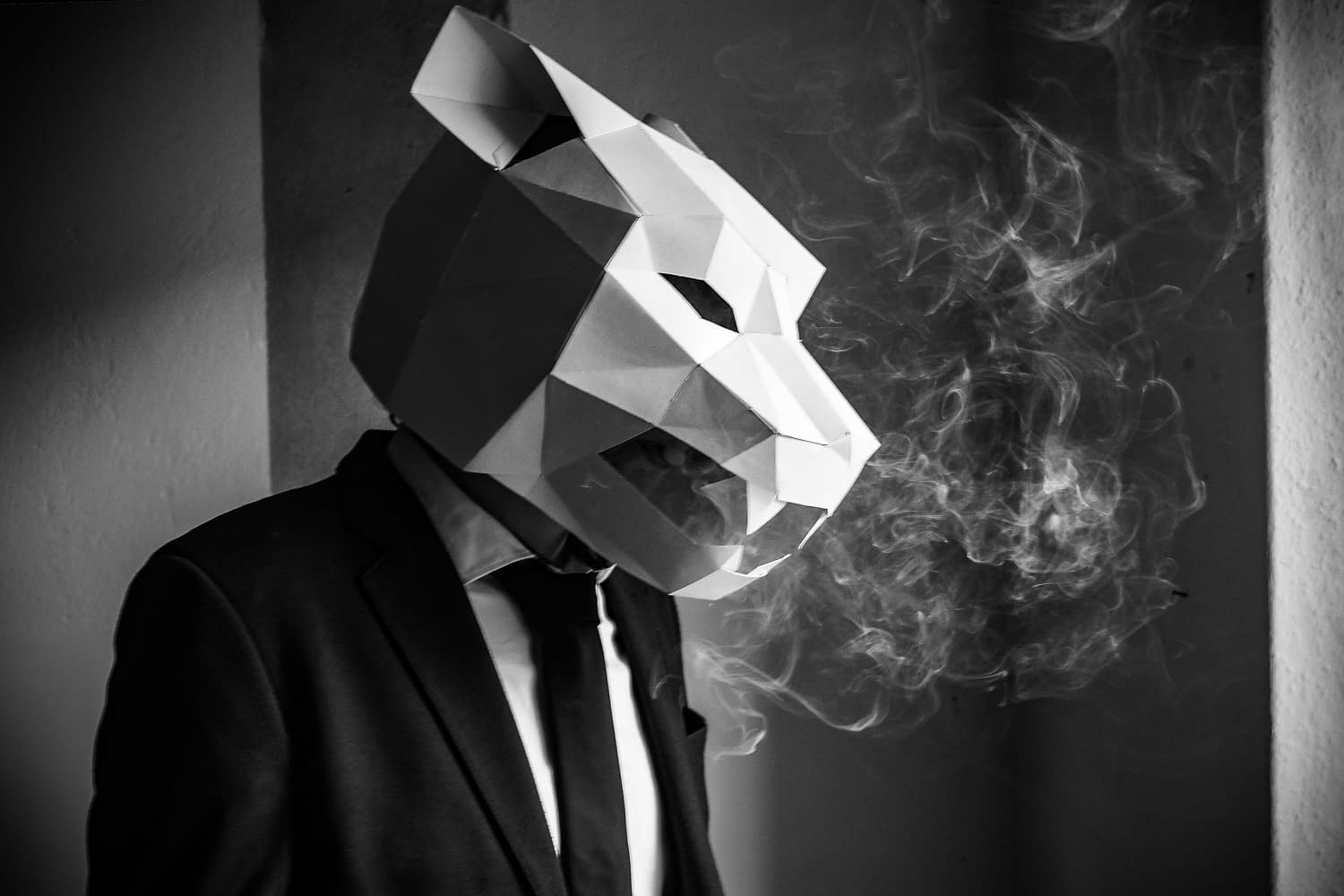 Concrete Panther is Anglo-French DJ and producer based in Berlin. Find out something more about his latest mix and his perception of dark and underground side of Techno in his answers below.

Hello! Thanks for your time.

Thank you very much for having me!

How does your creative process start?

There is never a set rule when I produce a track, but often I would start with the breakdown, setting the elements & the main lead that will build up into the drop, where the track’s energy is at its fullest.

You moved to Berlin, so how has the city shaped your music?

Oh yeah, coming to Berlin has been the best choice I made to start my journey! I was born in the UK but grew up most of my life in the rural North-Western region of France. The musical taste & nightlife there was extremely mainstream-pop and commercial, and as that wasn’t my cup of tea and I could not see making a career or making a name in such a setting, I came to Berlin. My roots come from Acid House, oldskool/UK hard-core and rave music, and experiencing the famous Berlin nightclubs was mind-blowing , influencing greatly the sounds I produce!

The reason for the interview is your Underground.UY mix in partnership withtechnoconnection.com.What can we expect to hear?

My guest mix will be an hour of driving & rushing techno from artists that I admire, which influence my own signature style of techno. The type of techno that gets me going in a club and makes me want to dance to.

Just like in my previous sets, I also play newly discovered talent who are coming up & making noise in the techno. I am also very proud to of included in this set, Mac N Dan’s remix of “With Us” that Wiebe Roose & myself released with Hungry Koala Records back in February.

You can listen to the mix here.

You announced some of your mixes coming soon, when and where can we hear them?

Yes! I have a good handful of DJ mixes for various collectives over the next few months, including my first hybrid B2B livestream with my dear friend Wiebe Roose for a French collective . All upcoming mixes will beannounced on my Instagram and uploaded/reposted on my Soundcloud.

We had a chance to hear a few of your remixes, what your starting idea and the process when you start making your version of tracks?

For remixes, I like to strip down the track back to the elements that are recognisable; the synths, some bass sounds and if there are some, the vocals. I always like to reimagine the main lead completely, which often gives a nice surprise!

You recently did a remix for Luke Atom’s amazing track “Valkyrie” on IAMT Red. How do you like the feedback so far?

Yeah, the support on my remix for Luke Atom’s “Valkyrie” has been going really well so far! It has been played & supported by Dr. Motte for his B-Sonic Radio set in the beginning of April, being feature on DJ-Mag Deutschland’s official website and Spotify playlist, and Sisko Electrofanatik also just played it on his latest set! It’s always nice to get feedback on a track, whether it’s people messaging me on Instagram to show support, or a well-known DJ playing it their set. It gives a real boost of confidence to hear people enjoy my work.

One of the remixes you did earlier this year was also for Chris Geka’s latest track “Woman”. Tell us something more about this collab.

Chris messaged me back in late 2020 on Insta after he played a few of my tacks for his DJ sets & podcasts. We got chatting and he was into my style of techno & asked me if I would be interested in remixing his track “Woman” for an EP release. I had a lot of fun working on that remix because it was the first techno track I had worked on to include a vocalist. So after a few days of making draft ideas, I knew that I wanted to over-haul the original lead for an unexpected touch.Chris was super pleased how the final result turned out!

What’s your opinion on the current livestreaming trend among DJs?

Of course with COVID, it’s been extremely difficult for everyone: DJs not being to play in front a packed dance-floor and clubbers missing a good Saturday night. I suppose the live-streaming events are a good idea for a creator to keep on delivering music and a small part of the atmosphere what we have been missing since March 2020. But hopefully, it will be back very soon.

What is underground to you?

Underground for me is the smaller, upcoming artists in the Techno scene that are killing it with their work and are slowly making a name for themselves. I love to go through Beatport and come across overlooked, undiscovered gems to play in my sets.

How would you describe current situation on global electronic scene?

It’s been hard on everyone; DJs not being to play for the clubbers, the clubbers not going to their favourite on a Saturday and the clubs struggling to keep afloat. We all miss going out clubbing on the weekend, forget about the Monday to Friday at work and just dance allnight long.

Are you planning some new music and projects soon?

Last year and this year-so far- have been busy for me, whether if it is producing, remixing , or recording mixes for podcasts. There are a few collab EPs on the way, hopefully ready for the summertime.I can’t wait to get back to live performance, especially since I am still rather new, coming up in the Berlin techno scene. Extremely excited for when the clubs open again!Until then, you can find my work, social media links and all updates for music and mixes at: solo.to/concretepanther.