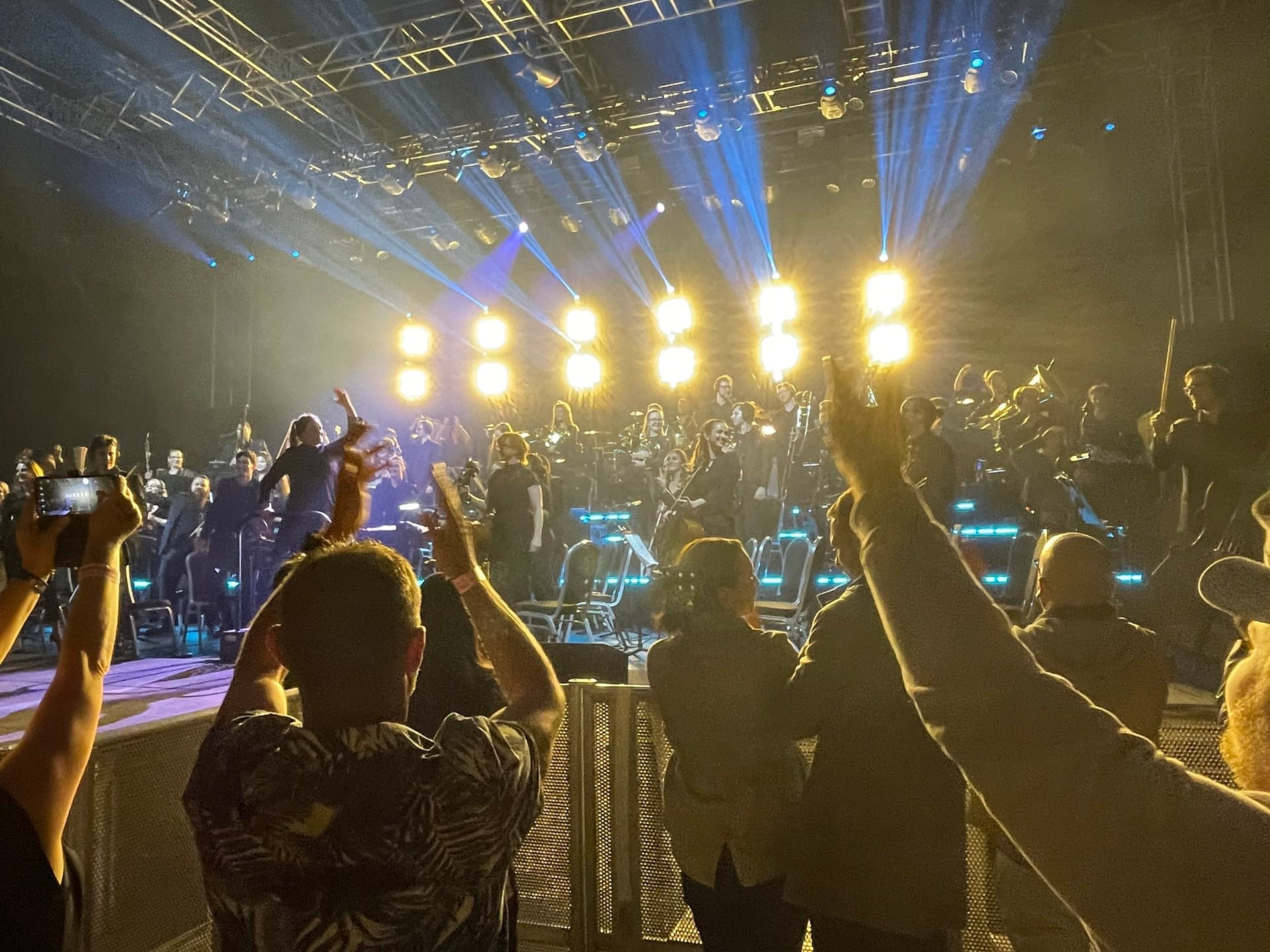 After a sold out Melbourne show Synthony returned to Brisbane to wow audiences. This unique collaboration between the Brisbane Philharmonic Orchestra, DJ’s and amazing vocalists first visited Brisbane in 2019 and debuted it’s contemporary orchestral take on dance music classics at Brisbane City Hall.

Having seen their first show I was ready for a pretty amazing evening, but Synthony’s latest instalment at the Brisbane Riverstage took things next level. Amazing sound and visuals, slick production and live electronic dance music performed by an acoustic orchestra combined into an immersive musical experience that was absolute WOW.

Led by dynamite Conductor Sarah-Grace Williams, the Orchestra was on fire and from the front row I could literally feel the music. I was close enough to see each of the musicians faces and watching them vibe as they played their instruments was quite simply joyful. This combined with thunderous bass and back to back bangers under the open air sky of Brisbane’s Riverstage made this show one of the best I’ve experienced.

While there is no doubt the Brisbane Philharmonic Orchestra were the stars of the show, I must mention multi platinum-selling recording artist Emily Williams for her standout performance. In true diva style this woman owned the stage with her powerful voice and stage presence. As she sung one of trance music’s greatest tracks ever, Silence by Delerium, the full moon rose above the Riverstage and lasers cut through the air. It’s hard to put into words how epic this moment was, but it was the only time the dancing stopped, as we all sung together. I’ll say it again, absolute WOW.

The scale of the effort involved in creating such a performance cannot be understated and this show is an experience not to be missed. Witnessing usually reserved orchestral musicians decked out in glitter and vibing as they play dance music is an absolute treat and I urge you to see this show the next time it comes by! As they stood up to take the final accolades their faces beamed brighter than the lasers they’d just performed under, and it was the cherry on the top of this evening. Synthony has recently announced shows in Sydney and Perth and you can register for pre-sale tickets here.

Synthony Australia also featured some of Australian dance music’s favourite artists including Miss Connie from Sneaky Sound System, Ilan Kidron from the Potbelleez, Jenny B from Corona and many more! It was hosted by Mobin Master with DJ support from local legends Andy Van and Mark Dynamix.

Check them out as they play Darude – ‘Sandstorm’ WATCH HERE!

Check them out as they play Fisher – ‘Losing It’ WATCH HERE!