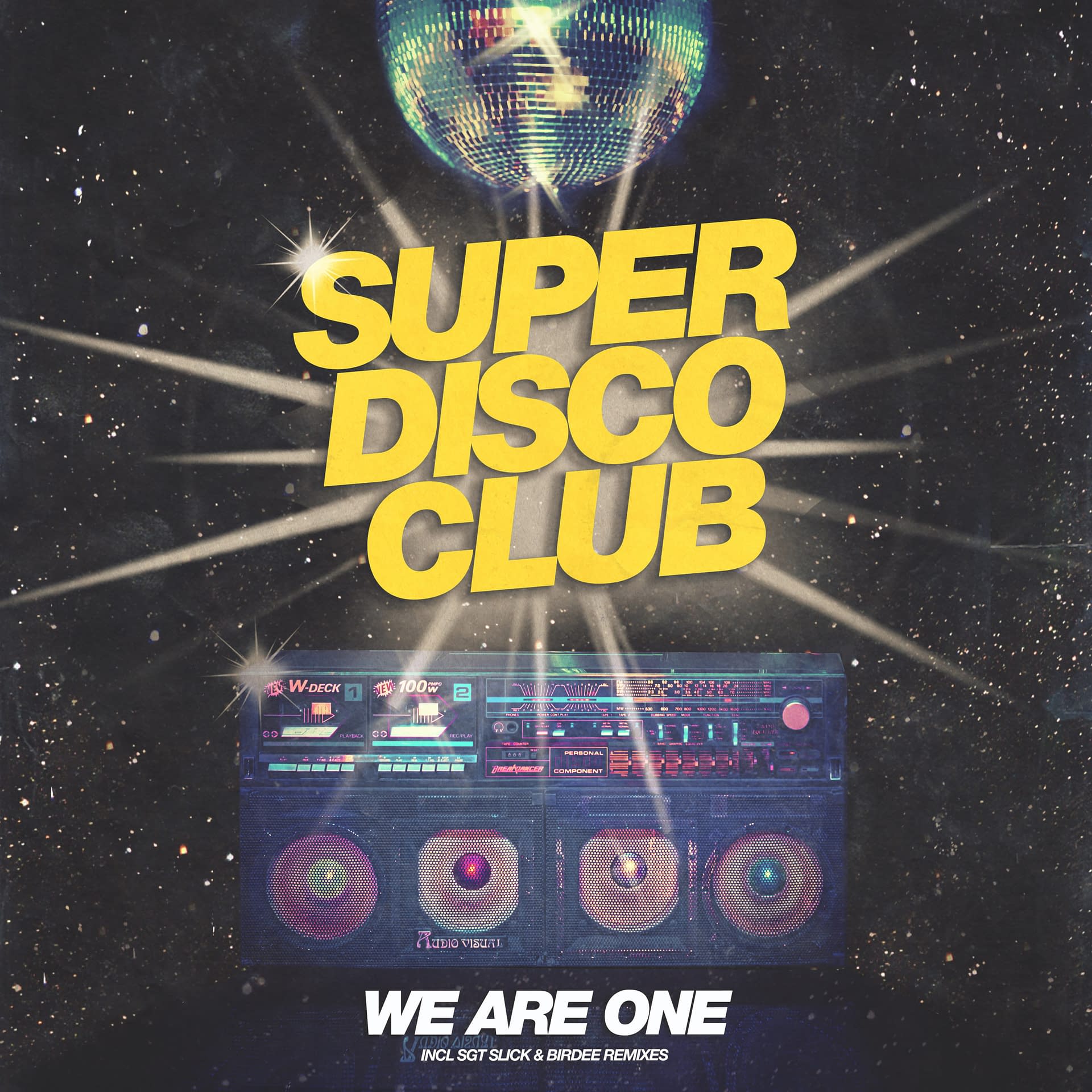 Andy Van has made a career-spanning impact on dance music, mixing huge mainstream success whilst maintaining his underground credibility. As one-half of Madison Avenue, he delivered one of the biggest hits of the era with: ‘Don’t Call Me Baby.’ The track reached #1 in the UK and on the U.S Billboard Dance chart and topped the charts in Australia with the follow-up: ‘Who the Hell Are You.’ Andy co-founded the Vicious Recordings label (with John Course), which issued the first releases from: AVICII and Carl Cox, plus smash hits such as Cabin Crew’s ‘Star2Fall’.

Now Andy Van channels his love of timeless Disco, with some modernist house influences, for his new project: Super Disco Club, a partnership with Singer / Songwriter Cassie Van. The debut release ‘We Are One’ builds on the attention that Super Disco Club first gained in 2019 when they delivered a remix of Madison Avenue’s: ‘Don’t Call Me Baby’ to commemorate the original track’s twentieth anniversary. It is the kind of instantly attention-grabbing anthem that’s sure to electrify packed clubs and festival fields in the future. With a touch of French house and elements of nu-disco, its reverberating bass and shuffling beats, provide the tightly-woven rhythm that underpins its instantly memorably synth hook.

Andy took some time to catch up with us here at OzClubbers with the release of this incredible debut single!

Andy, thanks for taking the time to chat! We manage to catch up with you fairly regularly, but you always have something amazing happening each time we do! How have you been since last time we chatted?

Your most recent project, Super Disco Club, is an amazing collaboration with Cassie Van and seems to reach out to both us DJs and the clubs. Where did you come up with the name?

We wanted something that connected with the word disco. Something that was exciting and uplifting, like the music we want to make. So the word ‘Super’ was added. Then Super Disco sounded like it needed one more element, hence Super Disco Club.

Disco is such a great genre. It’s exciting, full of energy, positivity and most importantly it feels funky. Then connect that to House music which is also energetic, pumping and driving and you have the perfect combo.

“We Are One” is an incredible tune that has been called “instantly attention grabbing” and has most certainly done that reaching #6 on the ARIA club charts and #4 on the Beatport House chart. Can you talk to us more about this track?

We love disco tracks from the late 70s and early 80s. I’ve always loved the band Lime (one of the first vinyl albums i ever bought was from Lime) so we used the synth riff from pretty well the biggest Lime track which was a massive disco hit in the 80s at Studio 54. We cleared it all legally and then built a big disco house track around it. Then Cassie wrote some strong vocals that we sent to a Diva singer in the USA.

What are your feelings about how well it has been received?

Really happy and excited. You never know how a song is going to be received so it’s such a bonus when people like it.

Sgt Slick and Birdee both released some incredible remixes of “We Are One”. Can you talk us through your feelings on each of these very individual remixes?

This isn’t the first time you and Cassie have produced together, releasing amazing house tunes with Kam Denny as Vandalism. How is the dynamic between you two while producing?

It’s great as we both have our different roles in the songs. I produce the instrumental and then Cassie writes a topline over it. We both have very similar taste in music and visuals so that makes it easy. And we both have the same goals for the group which is the most important.

You’ve also been married to Cassie for some time now. Can you talk us through how you both met and connected?

Cassie was a dancer for my old band Madison Avenue so we pretty much fell in love on tour. She had a great energy that I was so drawn to.
We connected on many different levels, personally and musically.

Last year I remixed “Don’t Call Me Baby”, which was tricky as I’m obviously very connected to that track as I produced it back in the Madison Avenue days and also remixed it previously in 2014. But I think the 2019 SDC remix was really strong and I’m very proud of it. We’ve also done quite a few bootlegs including 2 last year, one was of the amazing Teddy Pendergrass, called You Can’t Hide. And very early on (prior to Covid) we did a bootleg of Makeba – Jain.
All of these can be found in our Linktree : https://linktr.ee/superdiscoclub

We’ve heard that this is only the first of a bunch of tracks you and Cassie are ready to release as Super Disco Club. What else can we expect from Super Disco Club in the near future?

We’ve been working for over two years on Super Disco Releases. We’ve got over twenty tracks and bootlegs. Everything got held up because of Covid last year, but now lots of SDC releases will be coming out. We have our second single almost ready, called Happiness. You’ll be hearing this in approximately 6 weeks.

And finally, can you name three tracks (other than this one of course) that you are really vibing on right now?

Sgt Slick – The Night – this just out this week on promo, smokin hot
Alex Preston – Love You Better – Top Disco choon from Alex
Disko Junkie – I Like To Party – Cool groovy Disco number

Thanks again Andy, and congratulations on the release!