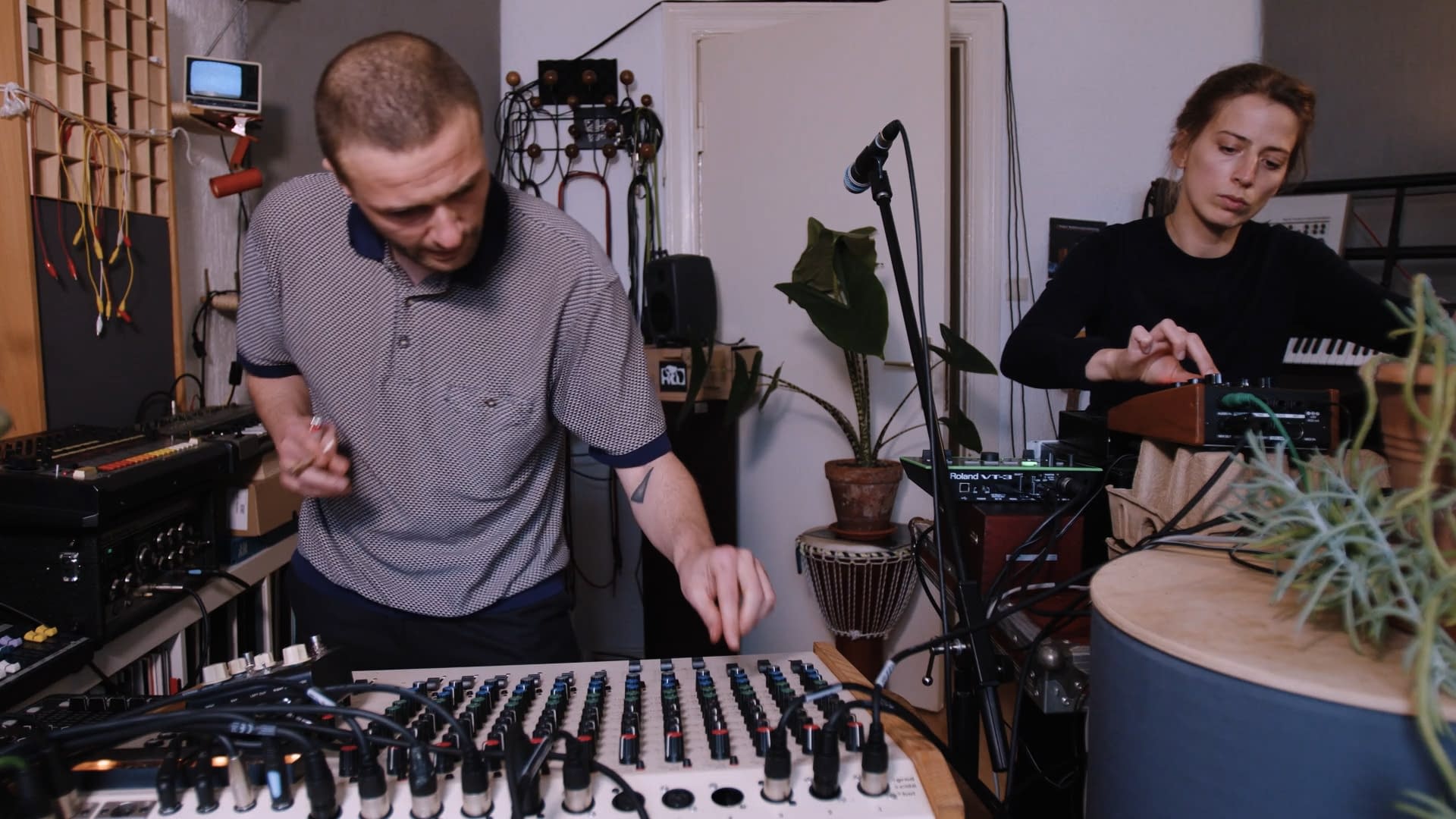 Experimental sound design, vocals and club music combine on a session from the Hivern Discs duo.

INIT returned to the label in late 2020 with their second LP, Gravity. The album saw the duo adopting a more playful approach to songwriting, combining house, techno, post-punk and electro to create a lighter set of tracks than their debut. This eclectic style drives INIT’s Patch Notes session, which melds D’Alò’s lyrics with experimental sound design.

The session sees the duo make use of classic gear like Roland’s TR-808 drum machine and SH-101 synth, with contemporary hardware including a x0xb0x and SOMA’s Pulsar-23 semi-modular drum machine providing eerie textures.

Industry professionals reflect on the global digital music explosion in the...