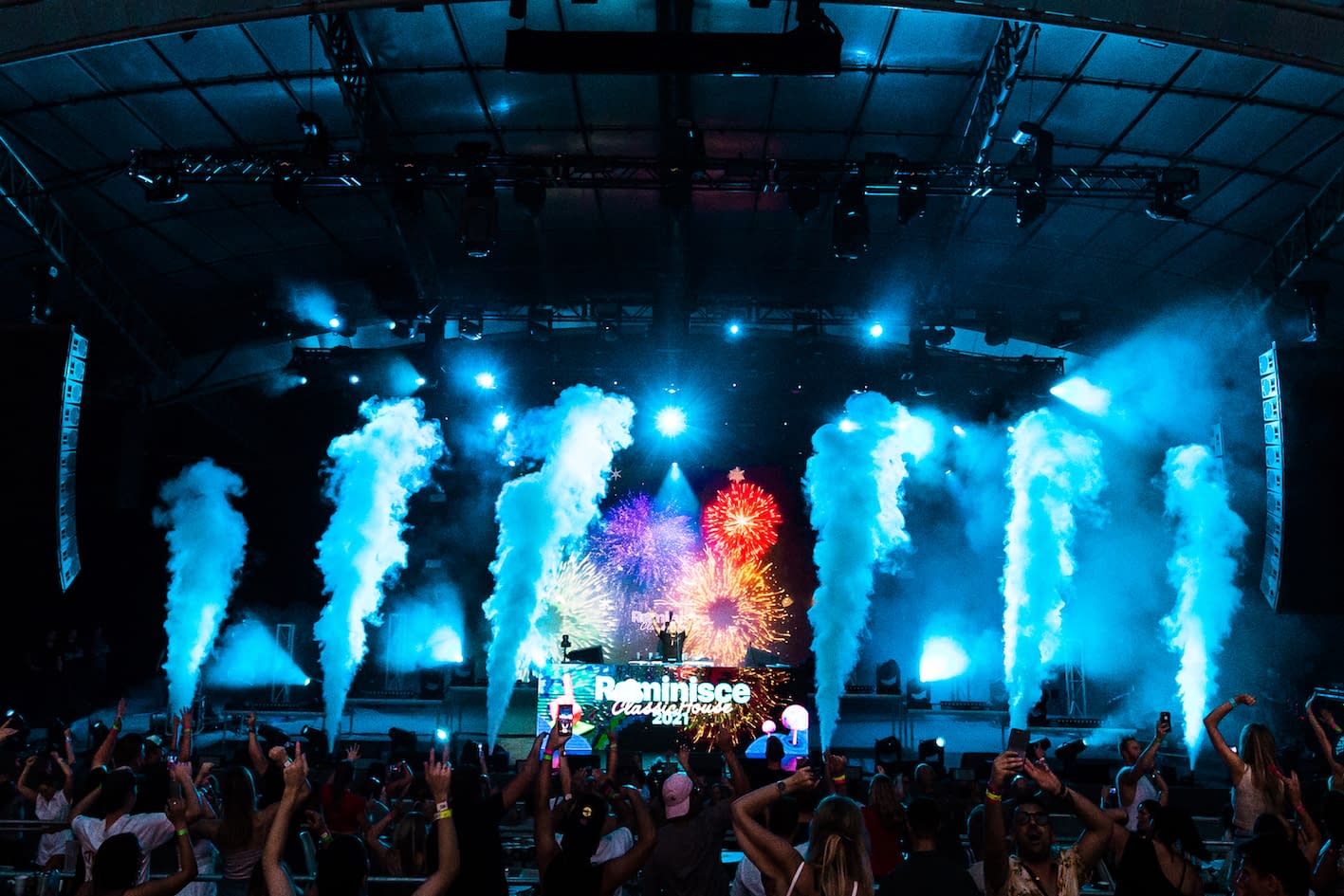 After two sold-out shows at the Sidney Myer Music Bowl in March, Reminisce is back again in 2021 with a brand new event – Reminisce Carnivàle – counting down the top 50 dance music records of all time, as voted by the people of Melbourne!

To be held under a circus tent of epic proportions at Flemington Racecourse on 19th September, Reminisce Carnivàle will consist of the same Reminisce countdown concept, with a carnival-like atmosphere.

As only he can, the king John Course will deliver the Top 50 countdown with his eclectic, fun filled genius on the wheels of steel.

The Presets are bringing their FULL live show, with a face-melting energy and a set list to match, trawling through their entire back catalogue of hits from the past 20 years. A mish mash of eletro, rock, techno and pop, infused with plenty of disco – it promises to be a set that will go down in the history books as one of the greatest ever.

Northeast Party House will also be bringing their electrifying live show, with songs combining the heady exhilaration of house music with pop hooks and rock backbone that saw them soar to fame 15 years ago and has since taken them across Australia and the world.

Melbourne-born globetrotter and chief party starter Generik will get you in the perfect countdown mood with a set ranging from his early days at Onelove all the way through sharing the stage with none other than Calvin Harris.

Strictly limited presale tickets will go on sale at 12 pm Thursday 1st July and to celebrate the launch, Reminisce are giving away a chance to win The Ultimate Reminisce Carnivàle VIP Weekend to those who register. There are also 5 x VIP double passes and 20 General Admission tickets to be given away as second and third-tier prizes.

Voting for Reminisce Carnivàle will open on Wednesday 7th July, until then fans can listen to the voting on Spotify in readiness to cast their votes.

For full details on voting, lineup, tickets and everything Reminisce, head to www.reminisce.dj

The illusive messages behind The Presets music