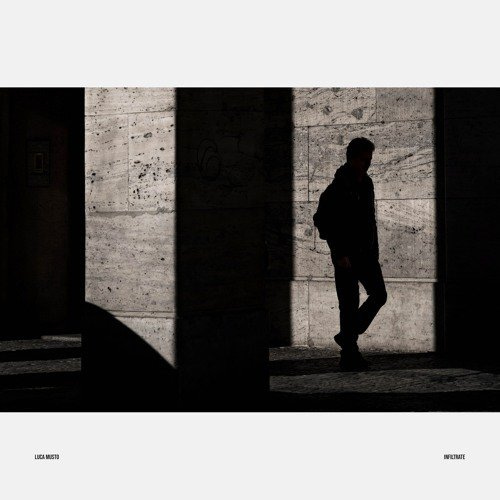 Luca Musto rolls out the second single off his forthcoming, storystelling LP, Nice Place, Bad Intentions. ‘Infiltrate’ is a wholesome downtempo single weaved together with blues influence with the Cologne based guitarist Simon Bahr, laying down the blues guitar licks and unconventional chord transitions which fuses perfectly with Luca’s classic structure of electronic music.  We asked Luca Musto,

What are you trying to infiltrate with your new release?

The message get’s revealed when hearing the full album I guess, then it’ll make sense. I don’t want to tease too much, but – on the album – we’ll follow two individuals on their first trip to Berlin and it’s not the most pleasant one. The passages with the stories follow a red line on the LP and if you hear it in full length, the story gets more and more intense. Specifically for „Infiltrate“ we have a moment where the protagonists try to get drugs here and end up in a messed up situation – meaning: don’t fish in blurry waters or: don’t try to infiltrate what’s blurry to you.

Luca Musto has been fully immersed in the downtempo and house scene throughout the world with notable appearances at Do Not Sit On The Furniture (Miami), Public Works (San Francisco), 1720 Warehouse (Los Angeles), Papaya Playa Project (Tulum), Wilde Renate (Berlin), Cova Santa (Ibiza) and Kauz (Zürich).  It is our pleasure to share bit of Luca’s story in an exclusive interview where we discover the best downtempo party brands, coveted music festivals, killer blues bands and more gems. 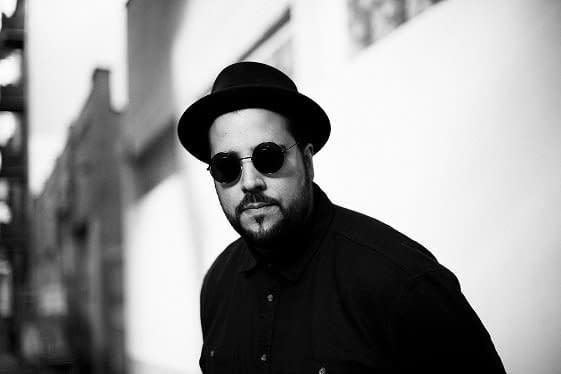 Hows your week going? what you are looking for to?

Hi Bobby, thanks for having me on your site! Well, it’s a rainy week here in Berlin, but I’m really enjoying it.

I’m actually looking forward to my second vaccine-shot this week and I’m working on some interesting projects these days which are quite different from what I used to do, so that keeps me going. I just started reading a super interesting book on the ancient development of humanity too, so I’m getting back to my old fascination for history in general which I enjoy a lot.

Your new downtempo blues has a holsome feel I love.  Are you a fan of jam bands or who are some of your favorite blues groups?

Absolutely! I always loved handmade music, ever since my dad played his Santana vinyl for me back in my childhood – so I feel strongly connected to this kind of music. There’s a lot of awesome blues groups and musicians out there: Otis Taylor, Eric Bibb, Guy Davis, Hannah Read, The Bones Of J.R. Jones – the list goes on and on. I tend to listen to this kind of music a lot during hard times -which sounds like a cliché, but Blues somehow develops from pain and relieves it as well.

What inspired this rare fusion for ‘infiltrate‘?

My guitarist Simon visited me here in my Berlin studio right before the lockdown started in February 2020. We sat together for a whole week, thinking about ideas, jamming around and somehow I came up with this band called „The Blue Hawaiians“ who – at the time – made some fantastic surf rock records. They used these really intense sliding chords on their electric guitars which gave their tracks an interesting, own feel to them. So Simon heard one of my groove ideas I had and immediately improvised some sliding chords to it and I overworked the whole project later on, building it up to what it end to be now.

In 2019 you were booked up throughout Europe, what are some downtempo record labels or party brands that you have been connected with or enjoy?

Yes and as a matter of fact, I found it really pleasing to see downtempo being supported so much these days. It wasn’t like that back when I started my project almost five years ago. There where a lot of misconceptions and closed eyes back in the days where most people found this music „sleepy“ or „just low“ etc. And now there’s a lot of nice crews and labels trying to push the boundaries here.

Obviously all the labels who release my music are in charge here: Feines Tier, Moodfamily, Laut & Luise, The Magic Movement but also collectives like MUZO, Katahaifisch and Alle Tanzen are doing a very great job in pushing this genre.

What are some of your favorite festivals?

Ha, the classic tricky question. So, I personally enjoyed Wecandance Festival in Belgium, Untold in Romania and Zugvögel Festival in Cologne a lot – not only because I played there. But there’s also Dekmantel, Melt, Feel and so much more going on here in Europe.

What are 5 tracks you find at the forefront of electronic music?

Waow, five is way too few but I’ll do my best then:

2021 is still a question mark for shows, are you ready to jump back in?

Oh yeah, I feel re-charged and ready! Yet, I’m not in a hurry to push for a crazy schedule right now since it feels like the regulations are changing on a weekly basis somehow. So I’m focussing on some shows here in Berlin and crossing countries, with probably jumping back to North- and South America next year, which I’m very looking forward to already.

Any plans in the works you can reveal with us today?

I’m currently working on the live-show for my first album, which drops in October and will be brought on stage with my two musicians Simon & Florian. Apart of that, I’ve just launched a new Hip Hop side project, focussing on instrumentals and lo-fi beats only.

There’s quite some Sound designs I did for the live-coaching app „actio“ as well, where I’m making anything from meditation schemes to yoga music – so, it’s really exciting times over here!

Has the quarantine changed your perspective at all?

To be honest, it pretty much changed my whole life and overall perspective on it. I’m more aware now. Trying to life in the present more, rather than jumping behind old memories. I’m thankful for what I achieved – way more than I used to be before all of this.

I also think this break was somehow needed for me and maybe for the whole scene as well. My touring schedule has been crazy over the last years and so I enjoyed having some time in my studio, working on this album and changing some bad habits I used to carry with me for a long time. But I also lost some people and friendships with the pandemic, which hurt a lot. But that’s life I guess.

If you could hold one world record and one olympic gold metal what would they be for?

That’s a super interesting question. I’d say: persistence. Without it, I’d have ended up like a lot of my former musician friends who always did it for the fame and such things only, instead of listening to their heart and feelings when actually making music.

Persistence is key in this business, and you should definitely learn to be patient and just keep on working, if you want to make it.

Any nuggets of wisdom?

Well, it could only be one thing: believe in yourself. Don’t let anybody tell you, you can’t achieve something. You actually can. If you can dream it, you can make it – just believe in it.